During these turbulent times, we must remind ourselves repeatedly that life goes on. This we are apt to forget. The wisdom of life transcends our wisdoms; the purpose of life outlasts our purposes; the process of life cushions our processes.

The mass attack of disillusion and despair, distilled out of the collapse of hope has so invaded our thoughts that what we know to be true and valid seems unreal and ephemeral. There seems to be little energy left for aught but futility. This is the great deception.

By it whole peoples have gone down to oblivion without the will to affirm the great and permanent strength of the clean and the commonplace. Let us not be deceived. It is just as important as ever to attend to the little graces by which the dignity of our lives is maintained and sustained.

Birds still sing; the stars continue to cast their gentle gleam over the desolation of the battlefields, and the heart is still inspired by the kind word and the gracious deed. There is no need to fear evil. There is every need to understand what it does, how it operates in the world, what it draws upon to sustain itself.

We must not shrink from the knowledge of the evilness of evil. Over and over we must know that the real target of evil is not destruction of the body, the reduction to rubble of cities; the real target of evil is to corrupt the human spirit and to give the soul the contagion of inner disintegration. When this happens, there is nothing left, the very citadel of the human being is captured and laid waste. Therefore, the evil in the world around us must not be allowed to move from without to within. This would be to be overcome by evil.

To drink in the beauty that is within reach, to clothe one’s life with simple deeds of kindness, to keep alive a sensitiveness to the movement of the spirit of God in the quietness of the human heart and in the workings of the human mind— this is as always, the ultimate answer to the great deception.

Excerpted from Meditations of the Heart

Lest we be fooled because our hearts have surged with passing praise, remind us God, as this week starts where Christ has fixed his gaze. Instead of palms, a winding sheet will have to be unrolled, a carpet much for fit to greet the king a cross will hold.

“Now before the festival of the Passover, Jesus knew that his hour had come to depart from this world to go to the Father. Having loved his own who were in the world he loved them to the end.”

April 4, 1967 the Rev. Dr. Martin Luther King, Jr., delivered his seminal speech at Riverside Church condemning the Vietnam War.  Declaring “my conscience leaves me no other choice,” King described the war’s deleterious effects on both American’s poor and Vietnamese peasants, and insisted that it was morally imperative for the United States to take radical steps to halt the war through nonviolent means.  King’s anti-war sentiments emerged publicly for the first time in March 1965, when King declared that “millions of dollars can be spent every day to hold troops in South Vietnam, but our country cannot protected the rights of Negroes in Selma”.  King told reporters on Face the Nation that as a minister he had “a prophetic function” and as “one greatly concerned about the need for peace in the world and the survival of mankind, I must continue to take a stand on the issue.” One year to the day of speaking at Riverside Church, Dr. King was murdered.

When prophets speak truth to power, they are often killed.  And while their physical bodies are no longer present, their messages provide the fuel behind the movement for Peace, Justice, Equality, and Equity.  “Jesus, on the night when he broke bread and washed the feet of his disciples, knew that his time had come to depart this world, yet the message would live on.”

George Floyd’s trial began this week.  Its eventual verdict will serve as an indicator of whether the murder of another child of God moves America’s needle of Justice forward or backward. Christians cannot celebrate the resurrection without traveling through Maundy Thursday. This is the Defining Moment.

Prayer: Lord, during this Passion Week and beyond, may our ears hear your prophetic witness calling to those who have ears; might our eyes see the injustice propounded upon the poor and marginalized for those who have eyes; and shall our hearts be convicted to speak truth in every situation for rest of our lives for those who have heart of Jesus living within! 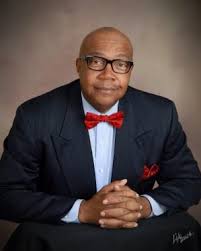 We set the ecumenical table which draws the widest representation of Virginia churches. The Virginia Council of Churches is the oldest ecumenical body in the Commonwealth, representing thirty-eight governing bodies of eighteen Orthodox, Catholic, and Protestant denominations. As we work together as Christian communions, we build Christian Unity; as we work together with persons of other faiths, we build human … END_OF_DOCUMENT_TOKEN_TO_BE_REPLACED